Who should I cultivate on LinkedIn? | Social Media Hub 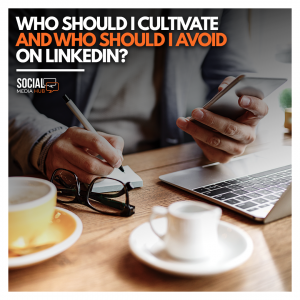 One social media platform is the top of the tree for anyone seeking business to business connections: LinkedIn.

Some business people still see it as a place where people go to look for jobs, rather than as a place to fish for business contacts.

They’re missing a trick. LinkedIn is a great place to develop and nurture key business relationships.

It’s important to know who to cultivate and who to avoid, though.

Who are the LinkedIn characters business people want to avoid?

So, who DO you want to cultivate?

For more information on how we can help you with LinkedIn and other social media, click here.

Is your business using Facebook Stories yet? It should be – and here’s...
Scroll to top